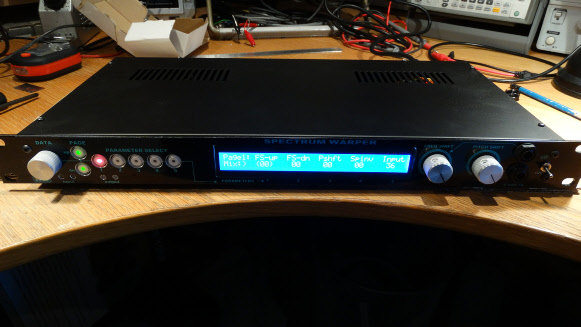 About the Music...
Technical stuff...

In today’s digital age it seems a long time ago now since the old days of analogue radio. During the 20th century an analogue radio receiver graced nearly every home in the UK and many other countries. The most popular design by far  was the “Superhet” receiver. It cleverly converted the tuned into frequency band of your chosen radio station into an intermediate fixed frequency band where the main amplification of the weak signal could be achieved efficiently and simply. After this a detection circuit recovered the audio which was then final used to drive the loudspeaker. The clever frequency conversion is called  “Heterodyning”. A few years ago I experimented with expanding this basic technique plus some schoolboy maths to devise and make an unusual sound processor. The result I called “Spectrum Warper”. If you are interested in this device, see the technical stuff below.

This album is an experimental  soundscape album composed from sounds created during many hours spent experimenting with this processor. Every sound on the album has gone through it and is altered in some way many of them employing the “spectrum invert” process described below. I planned each track to have it’s own feel and pace, using the a variety of the rich, sometimes dramatic and disturbing sounds it created as a guide. Each track evolves in its own way over time. The source material, before processing, consists of improvisations with standard synthesiser sounds textures and speech recordings from radio stations which seemed naturally appropriate for an album called “Heterodyne”. With these recorded voices and dramatic processed effects I endeavoured  to express the spirit of a radio world that has largely been eclipsed by digital audio.

If I don;t reach out and try to satisfy my own curiosity from time to time, I get frustrated. I also frankly get bored and my ideas get stale doing the same type of thing over and over again. In my search for something new I came up with an idea for a unique sound processor. The processor I call the Spectrum Warper. Inspired by my childhood messing about building radios, it can basically move audio frequency bands up and down the audio spectrum,while maintaining their bandwidth. It can  fold them back on themselves like mirror reflections and also invert bands or partial bands of frequencies turning the whole band’s spectrum upside down. With the latter, high audio frequencies become low and vice versa. Included in the device is also a standard simple pitch shifter that can both shift up and down the signal before any further processing. There are facilities to mix and patch all the process simultaneously in various ways. The processor also has several modulation features included allowing for example an audio envelope or a sequencer to act as modulation sources. The possibilities for weird sound manipulation are therefore very large.

In making the album I processed all my source material through this device in various ways. I particularly wanted sounds that well  sound radically different. This processor does just that. Playing synthesiser chords through the device using the spectrum invert process not only can invert the spectrum of the chord but also the keyboard so high notes are at the bottom and low at the top! Thus makes conventional music notation impossible. The Spectrum Warper was not the only sound processing tool used. I also used it in conjunction with some standard commercial effects processors and a simulated old school tape delay with multiple ‘recorders’. 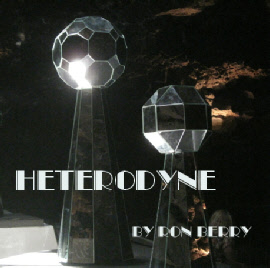